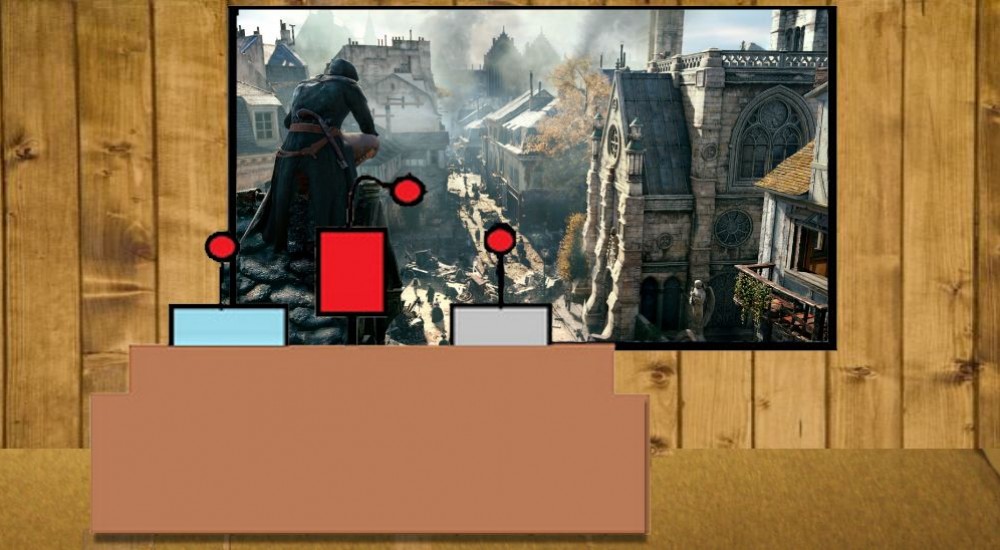 Knives are back in style for the Co-Opticrew as AC: Unity fills our gaming time with it's co-op goodness. Of course it wouldn't be a gaming weekend without more Destiny. Seriously, what is with that game?

Mike Katsufrakis (@Pheriannath) - "Roleplaying as a space cowboy wizard in Destiny, and shanking fools with friends in AC: U. "

Marc Allie (@DjinniMan) - "I will likely spend the weekend telling myself I don't need the new Mario Kart 8 DLC, then getting it anyway and never picking any other combo than Link driving the Blue Falcon ever again. "

Jason Love (@JLove55) - "Shootin' fools in Destiny, stabbin' fools (and likely getting shot by a few) in Assassin's Creed Unity, and lettin' no fools pass in LOTR: Card Game"

Eric Murphy (@smurph_em)-  "A Wii U appeared at our house last weekend, so we'll be saving Peach in New Super Mario Bros U. If we manage to save Peach, we'll save her again in New Super Luigi U."

Tally Callahan - "I'll probably take on the high seas in Assassin's Creed IV as well as my usual Pathfinder session on Sunday."

Sam Tyler (@thereelsamtyler) - "Still over 40% of thing to collect in LEGO The Hobbit?  You cannot leave the house until this is done."

Chris Metz (@The_Lemko) - "Taking a bit of a break from video gaming this weekend and will be trying out a bunch of board games! Boss Monster, Fluxx, and Gloom are all on my "to-do" list."

John Bardinelli (@itsamejohn) - "Spending more time with Polarity, then going to comb through Legend of Grimrock 2 for all the secrets I missed. I'm bad at finding hidden buttons, everyone."

Enoch Starnes (@enochstarnes) - "I'm moving this weekend, so I'm hoping to fit in some stealthy loot gathering in Warframe.  If my mood's too positive after that, I'll probably play A Bird Story to even things out."