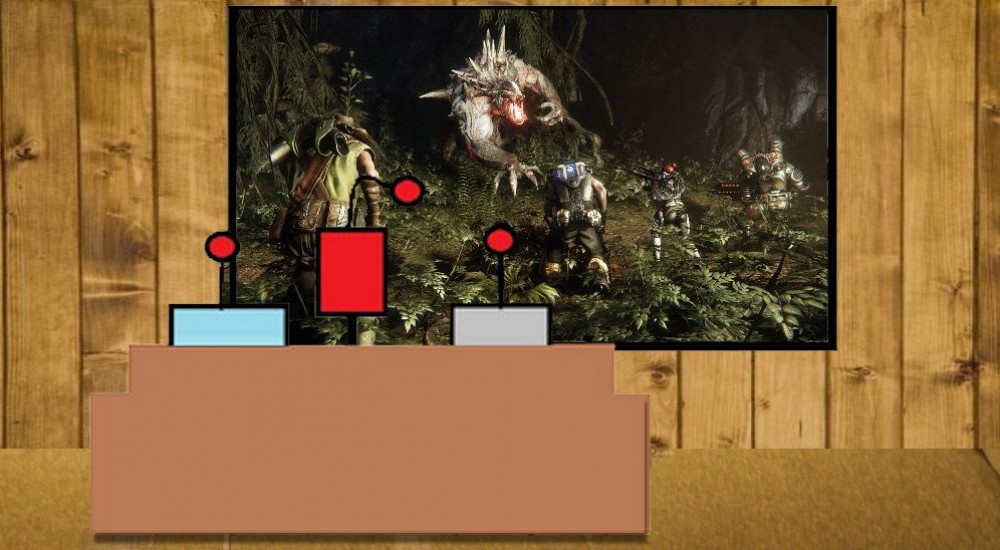 Everyone will be getting their hands on Evolve in just a few short weeks, to assure a smooth launch there's an open technical beta happening this weekend which will stress the server infrastructure the team has in place. That means a whole lot of the crew is checking the game out.

Nick Puleo (@NickPuleo) - "I'll be in coding mode this weekend, but if I do game I decided to pick up Chrono Trigger on the DS and rectify that missing title in my gaming repertoire. Also hope to squeeze in some of the Evolve Beta with the Co-Opticrew"

Mike Katsufrakis (@Pheriannath) - "I've been playing Pokemon Omega Red with my kid a lot, so probably more of that. I've also been peeking at Saints Row: Gat out of Hell."

Marc Allie (@DjinniMan) - "I will be grinding the last chapter in Terra Battle, checking out the new patch in Diablo 3, and playing a game of Dungeons & Dragons tomorrow!"

Eric Murphy (@smurph_em)-  "I'm still on the fence regarding Evolve, so I plan on checking out the beta this weekend. Also, the Halo 5 Guardians beta is coming to a close so I'll squeeze some of that in as well."

Tally Callahan - "I've been digging Shadowrun: Dragonfall. Hopefully I'll be able to team up with Locke in some PC Evolve goodness as well."

Sam Tyler (@thereelsamtyler) - "After the latest update has finally downloaded for me its more Diablo 3 and I am also playing some local FIFA14 in co-op."

Chris Metz (@The_Lemko) - "I'll be trying out the Evolve Beta on PS4; very excited about it!"

John Bardinelli (@itsamejohn) - "I'm going to wring every minute of entertainment out of the Monster Hunter 4 Ultimate demo. I feel sorry for Great Jaggi."

Enoch Starnes (@enochstarnes) - "I'll be in a cabin for most of the weekend, so it's looking like Crossy Road and Terra Battle for me.  If I'm feeling saucy, I might bring Mario Golf: World Tour with me?"

Taylor Killian - "I'm crushing through more costume changes in Bravely Default, but I might dedicate some time to delving into the pathways of Dungeons And Dragons 5th Edition."