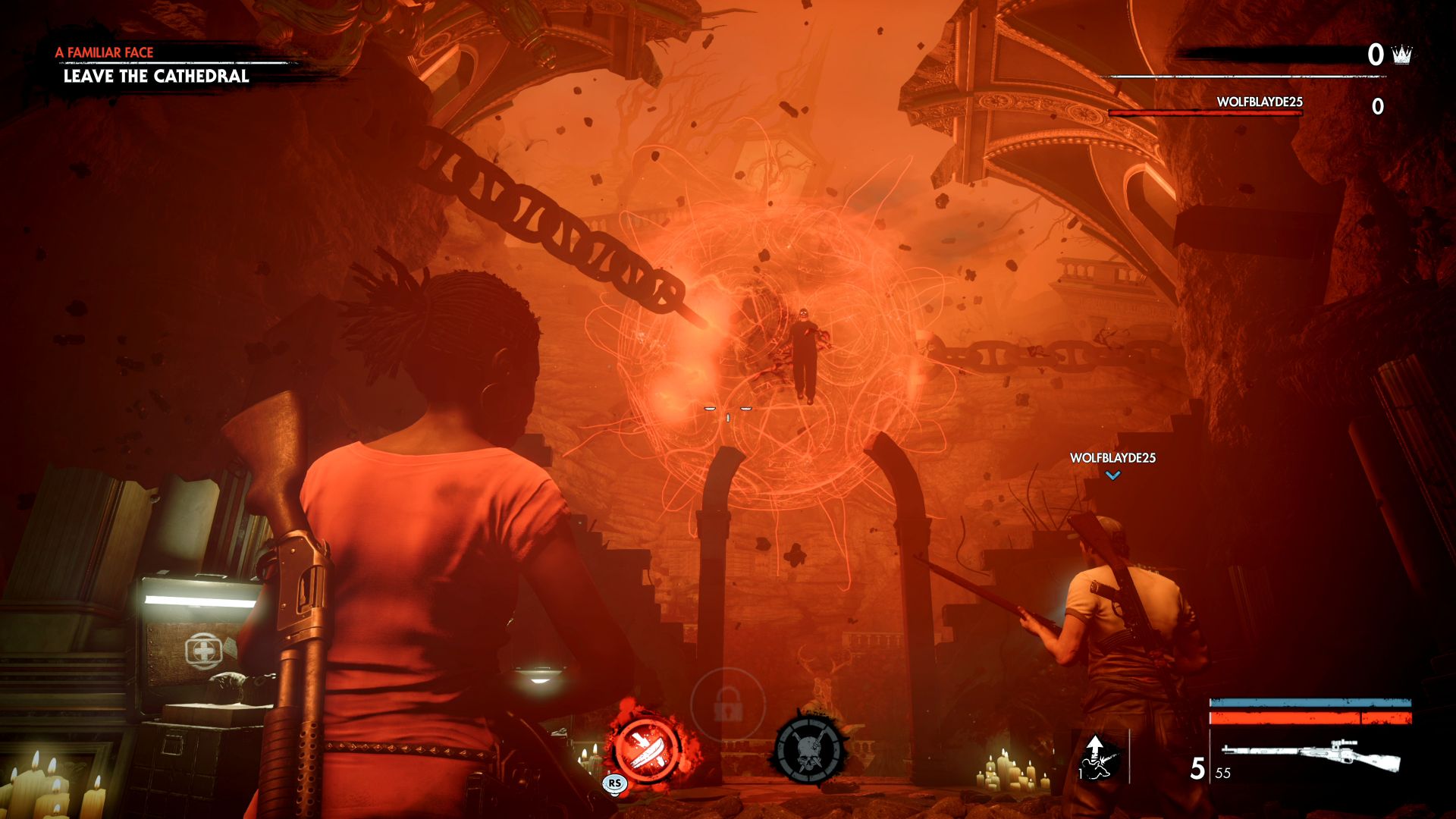 Alongside the free 'Left 4 Dead Character Pack 2' that released this week, cooperative horror shooter Zombie Army 4 also received a new premium DLC mission. 'Return to Hell' is the finale of the Season Three storyline, taking the fight against evil directly into Hell itself. The new mission really showcases how tense and creepy Zombie Army 4 can be, featuring a scenario straight out of Hellboy and lots of fearsome scenarios for players to overcome. 'Return to Hell' is Zombie Army 4's ninth DLC mission and the third mission included in Season Pass Three. In this mission, players venture into the personal hell of Dr. Schweiger, a scientist (I believe) who was involved in the Nazis' widespread resurrection of the dead. An evil antagonist plans to somehow resurrect himself through Schweiger's body.

Throughout the mission, players will explore twisted scenarios based on Schweifger's memories. The hell depicted in these locations includes various Nazi camps and labs but also dark caverns, ritual sites, ruins, museums, waterways, and more. The main goal is to destroy three massive chains that bind Schweiger's mind before eventually taking on the villain who has been pulling the Doctor's strings. My co-op partner and I played ' Return to Hell' on Medium difficulty. Most of the mission went fine, but the difficulty shot through the roof towards the end. We found ourselves in a watery, mazelike area that is shrouded in darkness and enveloped in a thick fog. It's extremely hard to navigate in this scenario because of the limited field of view caused by the fog and darkness. That would be bad enough, but the game threw a frustrating number of enemies at us, including an absurd number of zombie officers and crawlers.

Officers summon the gremlin- or bat-like crawlers until they're killed, and they have be finished off at close range. The crawlers are extremely difficult to take out with regular guns, basically forcing players to defeat them with melee attacks. The end of the mission pitted us against at least eight crawlers at once, but we simply didn't have the tools to deal with them while also battling hordes of zombies and snipers. A random player joined us for a while as we struggled against the checkpoint again and again, but he eventually gave up in frustration - as we were forced to do shortly thereafter. 'Return to Hell' is a lengthy 2-hours long mission that, unlike most Zombie Army 4 missions, does not offer selectable chapters. It has to be beaten in one go. Capping the mission with a brutal and un-fun scenario that players can't even directly return to in subsequent matches was an unfortunate decision. My advice for players is to stick with Easy difficulty unless the mission ever gets rebalanced.

'DLC Mission 9: Return to Hell' is available by itself for $6.99 or as part of the 'Zombie Army 4: Season Pass Three' bundle for $34.99. Despite my frustration with the challenge of the mission, I do recommend the Season Pass (or at least the DLC missions) to Zombie Army fans. Taken as a whole, the DLC missions basically add a full second campaign to the game. They're huge, interesting, and worthwhile. Zombie Army 4 supports 4-player online co-op in both campaign and horde modes. It sells for $49.99 on Xbox One, Xbox Series X|S, PlayStation 4 and 5, Steam, Epic, and Stadia. It's currently available on Xbox Game Pass as well. Give it a shot, zombie fighters!