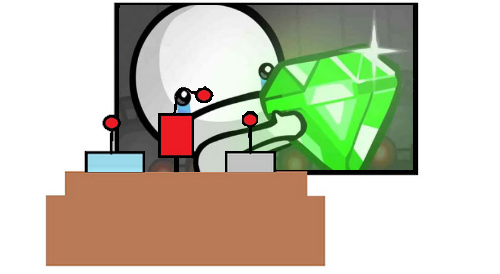 Have you guys played Battleblock Theater yet? That opening is something to behold, wouldn't you say? I haven't laughed that hard in a while. Many of us will be indulging in the game this weekend tossing each other over the various dangerous obstacles. Otherwise there's a ton of other stuff on our plate as it seems most have finally wrapped up Bioshock Infinite.

Nick Puleo (@NickPuleo) - "I might play a little more Battleblock or try my hand at Defiance again now that the servers are a little less finnicky. Otherwise it's site development work for me."

Mike Katsufrakis (@Pheriannath) -  "I'm out on a romantic getaway with my wife. If I play any videogames this weekend I've done something horribly wrong."

Jason Love (@JLove55) - "Weekend visit from the lady's folks mean my game time will be limited, but I hope to wrap up Juan's tale in Guacamelee and get in a few games of Netrunner"

Eric Murphy (@smurph_em)- "My scientists recently discovered that Mike has Psionic abilities (in addition to his mad drawing skillz), so those aliens are in for a world of hurt. Also, BattleBlock Theater is a few clicks from being purchased, and Halo 4 will be played as usual."

Sam Tyler (@reelsamtyler) - Up North in the UK.

Locke Vincent (@LockeVincent) - "Scratch DOTA2, definitely getting my luchador on for the Guacamelee review.  "

Tally Callahan - "Busy work/school weekend for me, but when I can I'll sneak in some LOTR: LCG."

John Bardinelli (@itsamejohn) - "It's a work-intensive weekend, so I'll be lucky to squeeze in some picross while eating. Picross rocks, you guys. Seriously."