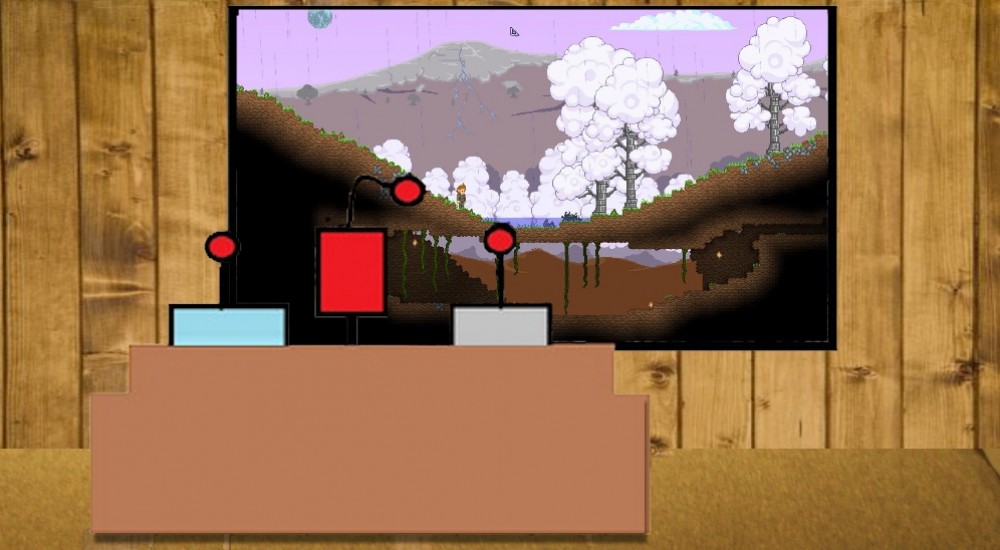 A few of the staff members have been checking out the Starbound beta. It's a game in the same vein as Minecraft or Terraria, but with a bit more direction. So far we're digging it quite a bit and should be streaming it on Monday. That said it has some of the most amazing music we've heard in a game in a long time. Really, truly, epic stuff. Here's what else is happening this weekend around Co-Optimus HQ.

Nick Puleo (@NickPuleo) - "Zoo Tycoon and Dead Rising 3 for the site reviews, which will go live next week. Maybe some Starbound too."

Marc Allie (@DjinniMan) - "It's a Warhammer charity team tournament day tomorrow, and my kiddo is going with me. Should be a good one!"

Jason Love (@JLove55) - "I'll be enjoying Thanksgiving, round 2: The Turkey Fights Back! Also wrapping up Ace Attorney: Dual Destinies and possibly some Warframe on the PS4"

Eric Murphy (@smurph_em)-  "This weekend, I'll be fighting the urge to buy an Xbox One by attacking my backlog. Diablo 3, Tomb Raider, Mass Effect, and Battlefield 4 are all possibilities."

Locke Vincent (@LockeVincent) -"All of the betas!  Incognita, Frozen Endzone, and of course Starbound. "

Tally Callahan - "I've been enjoying myself some Sly Cooper. I'll be robbing through the ages this weekend."

Sam Tyler (@thereelsamtyler) - "I'm planning to rob a bank.  If I have time, I will play some Payday 2."

Chris Metz (@The_Lemko) - "The Cave is calling me and my couch co-op buddies this weekend, but I also might dabble in a bit of Disney Infinity Toy Story action too. My wallet hates me this month."

John Bardinelli (@itsamejohn) - "Going to get a bunch of Starbound time in. Hopefully multiplayer, too!"

Justin Reynolds (@justinsocial) - "I will *still* be unpacking my new apartment, and also trying to figure out how many shoes to bring to Australia. Oh, might play some Call of Juarez Gunslinger too."

Taylor Killian - "I'll be crawling through space and wondering why everybody keeps killing each other in Drox Operative."