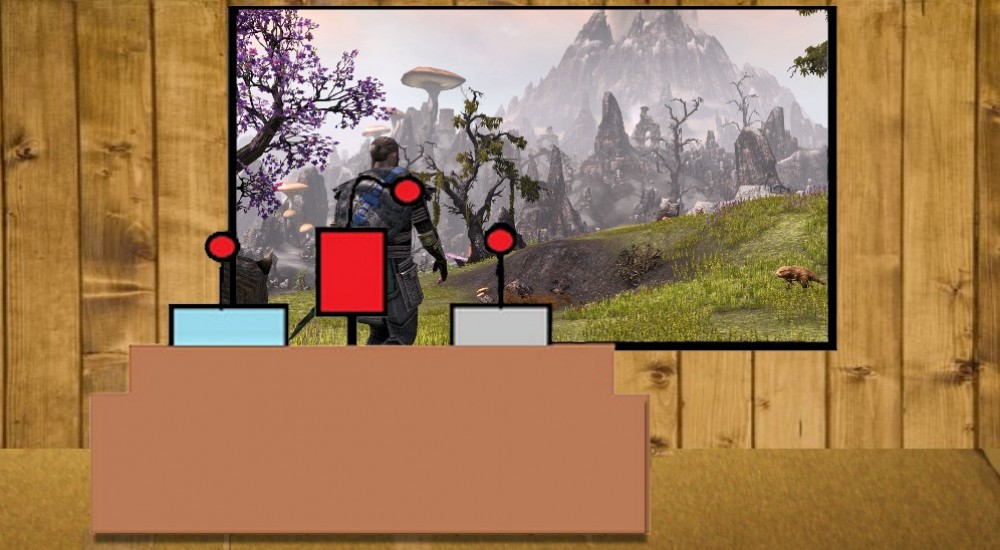 A few of the crew will be hitting up the online version of Tamriel while the rest of the team looks on in disbelief. There's plenty of gaming to be had though with the likes of board games, PC games and consoles games by everyone.

Marc Allie (@DjinniMan) - "Introducing my nephews to Dungeons & Dragons tonight, and hoping to get some co-op missions in Wonderful 101 done tomorrow."

Jason Love (@JLove55) - "Some new Wedding Plan DLC has hit and I am compelled to play that."

Eric Murphy (@smurph_em)-  "I'm hoping my daughters will let me play Skylanders Giants with them. If not, there's always Battlefield 4 and Halo 4."

Locke Vincent (@LockeVincent) - "I've got shoots booked all weekend, so I'll train my Pokemon between takes. "

Tally Callahan - "Busy weekend for me, with two Pathfinder sessions to GM and a bunch of work to catch up on. When I have time, I'll be trying out Wildstar."

Sam Tyler (@thereelsamtyler) - "This weekend I will be bravely braving Brave on the 360.  Didn't I say this already?"

John Bardinelli (@itsamejohn) - "Still flopping around in Octodad. Hoping to get some extended co-op sessions in over the weekend, too!"

Justin Reynolds (@justinsocial) - "After starting and quitting two very boring games (Kingdoms of Amalur and Gone Home) I finally started Far Cry 3 - and it is beautiful. I'll dabble with that and also see what the fuss is about this whole Elder Scrolls Online beta thing."

Taylor Killian - "I'll be exploding, falling on spikes, becoming food for carnivorous plant life, getting blown away by angry shopkeepers, and dying to those stupid bats in Spelunky."