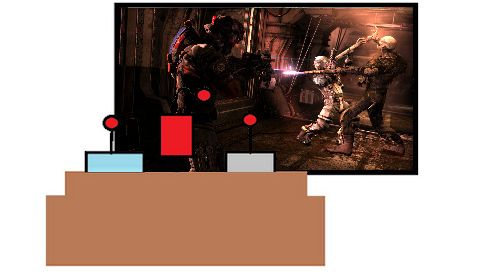 It's a necromorph filled weekend for the Co-Opticrew as several members of the team blast their way through Dead Space 3.  We'll have our full co-op review of the game on Monday, but here's a hint, it's pretty awesome.  Other than that Dark Souls just doesn't seem to go away and Aliens: Colonial Marines is on one editor's to do list for a launch day review.

Nick Puleo (@NickPuleo) - "I'll be blasting through Aliens: Colonial Marines for review and working through Dead Space 3 as well. "

Marc Allie (@DjinniMan) - "If I can pull my son away from Assassin's Creed 3, I'd like to play some Skylanders Giants. I realize how backwards that sounds."

Jason Love (@JLove55) - "I, too, shall be dismembering former humans and stomping their corpses in Dead Space 3, and hopefully wrap up my first Torchlight 2 playthrough"

Paul Acevedo (@SegaCon) - "I'll be playing Skulls of the Shogun and Nike+ Kinect Training for sure. Also thinking about Renegade Ops, Halo 4, and Borderlands"

Eric Murphy (@smurph_em)- "Hopefully I'll squeeze in some Syndicate with some community members tonight, then Halo 4 as usual. I'll probably play a few missions in XCOM Enemy Unknown as well."

Sam Tyler (@reelsamtyler) - "I have a copy of Borderlands 2 at last so will start the campaign, but I also have Darksiders 2 to get my teeth into."

Locke Vincent (@LockeVincent) - "Headed to the solar system to stomp a bunch of Necromorphs in Dead Space 3. "

Tally Callahan - "Continuing with Ni No Kuni, and playing the Neverwinter closed beta."

Chris Metz (@The_Lemko) - "This will be my hardcore Dead Space weekend: completing Dead Space 2 Harcore achievement is my #1 goal, then will continue on through Dead Space 3 with Impossible difficulty settings with a co-op buddy. Wish me luck!"

DJ Waaland (@FusRoDJ)- " Looks like Dead Space 3, Witcher 2, and maybe trying to get past those pesky anor londo archers."