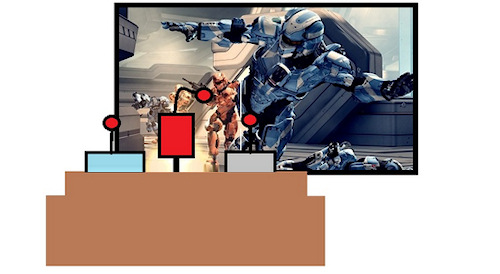 With the Dead Space 3 demo hitting this week, several staff members realized they need to finish the previous two games to get up to speed.  So while that game dominates the list we also have DOTA 2 making an appearance as many of us have found ourselves addicted to the MOBA.  Myself?  After a disappointing 0 kills and 15 deaths last night in a co-op match, I may just retire.

Nick "bapenguin" Puleo (@NickPuleo) - "The Dead Space 3 demo inspired me to finish up Dead Space 2, so I'll e doing that."

Andrew "Cubninja" Gaskill (@cubninja) - "I'm going to attempt to get through Dead Space 1&2, assuming I can get through that heinous asteroid shooting mission in Chapter 4. If that provokes another rage quit, I'll mash through Anarchy Reigns or strategize some XCOM."

Mike "Pheriannath" Katsufrakis (@Pheriannath) -  "Having just beaten the new Devil May Cry, I'll move back to Dark Souls and getting the last couple endings in 999. "

Marc "DjinniMan" Allie (@DjinniMan) - "Busy this weekend, so probably not much time for video games, but I've been wanting to revisit the Starcraft 2 campaign in anticipation of the expansion's upcoming release."

Jason "OrigamiPanther" Love (@JLove55) - "The adventures in packing continue, but hopefully will get some time in with Far Cry 3 and maybe delving back into Diablo 3"

Sam "Samoza" Tyler (@reelsamtyler) - "Off on a romantic weekend, if we can get through the snow, so not much gaming for me.  If I do have any time it will be the new DMC and Assassin's Creed 3 for me.."

Locke Vincent (@LockeVincent) - "Injecting copious amounts of DOTA2 into my veins, why not freebase it all weekend? "

Tally "xelissa" Callahan - "The busiest winter ever continues, with a friend coming to visit on top of family still being in town." Editor's Note:  She'll be playing DOTA 2

Chris "The Lemko" Metz (@The_Lemko) - "I'm with Nick on this one: Dead Space 2 will eat up most of my gaming time this weekend. I'm really addicted to this series right now!"